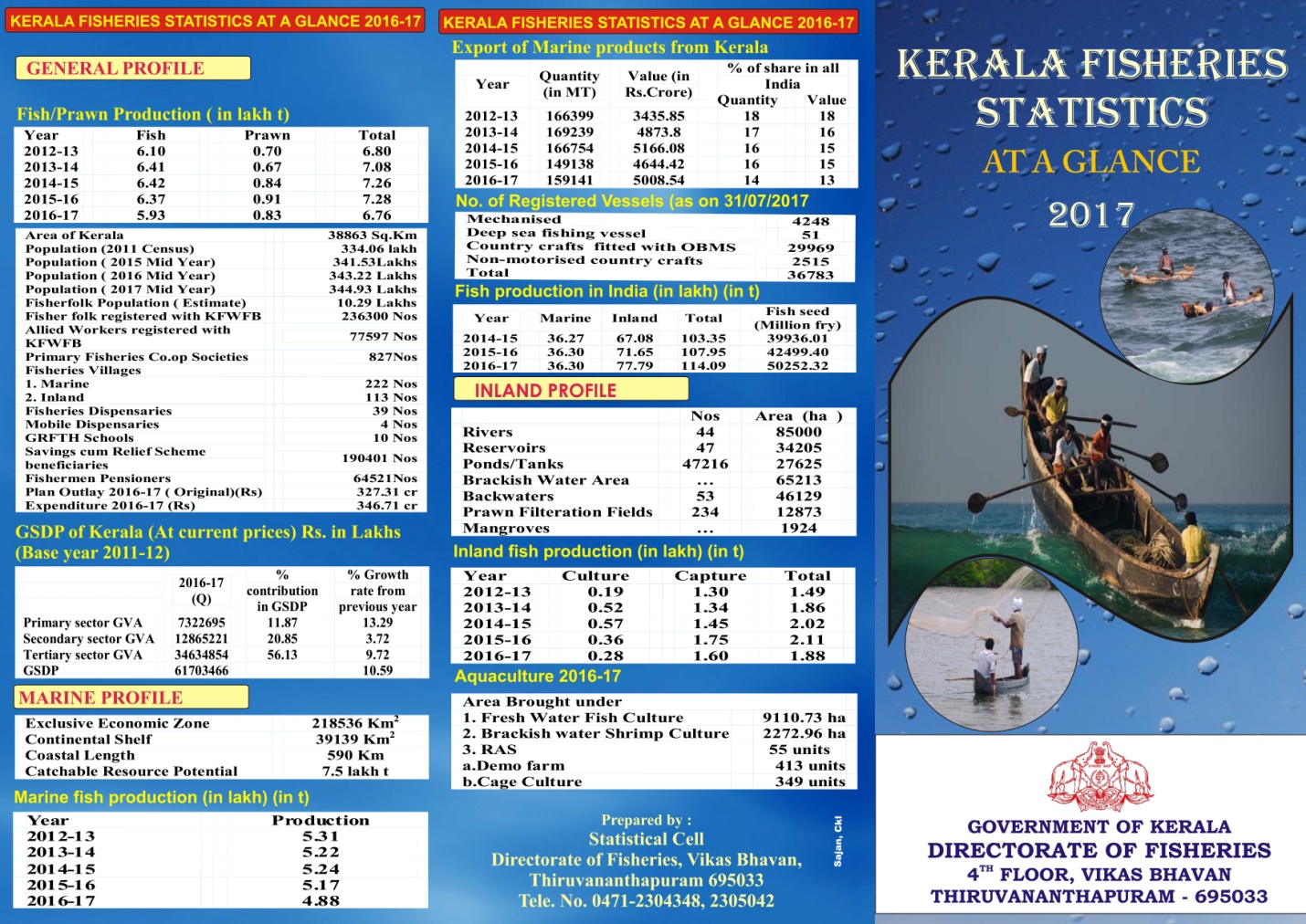 Kerala  is  situated  on  the  southwest coast  of  the Indian  sub  continent  with  an area  of  about  38863 square  kilometers , which makes  about 1.27% of the Indian Territory. The state  is  separated  from  the rest  of  india by the western Ghats in  the east  and  the Arabian Sea in the west. Kerala has a Coastline of 589.5 kilometers, which  forms  10% of  india’s total coastline. With a coastline of over 590 Km., and an exclusive economic zone (EEZ) of 218536 Sq Km, Kerala has a significant marine fisheries sector that has long been an important source of occupation and livelihood for the coastal population of the state. It is estimated that about 8 lakh people earn their livelihood from capture and allied works in marine fisheries in the 222 fishing villages situated along the coastline of the state. The coastal line spread over nine districts of Kerala. The marine districts of Kerala are: Thiruvananthapuram, Kollam, Alappuzha, Ernakulam, Trissur, Malappuram , Kozhikkode, Kannur , Kasaragod. In addition to this, the state is blessed with 44 rivers, 49 reservoirs, 9 fresh water lakes, more than 65000 hectares of brackish water, more than 46000 hectares of backwaters and a number of ponds, irrigation tanks, streams etc. which contribute a rich resource of inland production.

The  state  exports  fish  products  worth  approximately rupees 5008.54Crores  accounting  for  roughly three per cent  of the state  revenue. Kerala’s share in the  national marine fish  production is around 13%.

A very  rich  marine wealth  with a large  variety  of  fish and a highly skilled  population of  fishermen has made Kerala a leading  producer  and  consumer of fish. The  high  rainfall  and  a large number  of rivers  make the Kerala coast especially fertile for fish. One  speciality of the Kerala  coast  is the mudbanks, known as chakara  in Malayalam. It is the formation of clay  and  organic matters on  the  coast that  after  monsoon with  the sea remaining calm, thus resulting in good harvest of fish.